Women in Mathematics in South-Eastern Europe 2021

Women in Mathematics in
South-Eastern Europe

The initiative Women in Mathematics of South-Eastern Europe, aiming at promoting the role of female mathematicians, started in Dec 2020, when the inaugural conference took place. A special distinguished guest of the inaugural conference was prof. Mina Teicher from the Department of Mathematics and Gonda Brain Research Center, Bar-Ilan University, Israel, Director of Emmy Noether Institute for Mathematics. Information about the first conference is available at: https://icms.bg/women-in-math-2020/.

We intend to make these conferences annual. The main goal of this initiative is to celebrate women in Mathematics, to disseminate new results and create new long-term collaborations among scientists in South-Eastern Europe. We hope Women in Mathematics of South-Eastern Europe will attract the attention of young researchers and researchers from less-favoured countries. 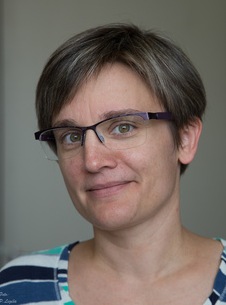 Faculty of Mathematics and Physics, University of Ljubljana, Slovenia 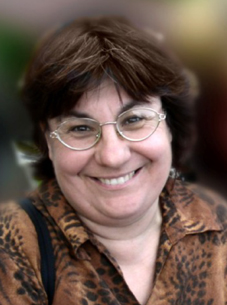 Abstract:  The talk will describe how mathematical modeling of biological processes can address the important questions which can not be solved by experimental approaches. Two examples from cancer biology will be discussed: (1) the phenomenon of Cancer Stem Cells population stabilization and (2) the phenomenon of post-irradiation induction of Cancer Stem Cells. Cancer Stem Cells (CSC) is a small population in heterogeneous cancer cells population which is resistant to conventional cancer therapies (chemo- or radio therapies), and thus responsible for tumor relapses. The model considers different possible modes of stem and non-stem cancer cells population behavior in different conditions with different sets of experimentally measured parameters. The results obtained by the model allow determination of time-varying corridors of probabilities for different cell fates of CSC in a given experimental system, and determination of cell-cell communication factors influencing these time-varying probabilities of cell behavior scenarios. The analysis of these results provides as theoretical insights into the phenomena of CSC behavior, so a set of biomedical suggestions, essential for cancer therapy.

Abstract: We will present a relation between the family of simple elliptic singularities which are complete intersections and finite dimensional Lie algebras. We will extend the concept of Slodowy slices to the case of these singularities.

Abstract: The image of a proper holomorphic map from an open Riemann surface is an analytic subvariety of the ambient space. We will explain a method for constructing such maps, and we will present some recent related results.

Marc Krasner investigating valued fields and observing a connection between them and their valuation rings using equivalence of valuations came to the fundamental notion of a corpoid in a series C.R. of Academy of Sciences of Paris notes (1944-45), which represents the origin of the development forerunner of the general graded theory – a theory of homogroupoids, anneids and moduloids – more general than one given by Bourbaki (Algèbre, Chap II Paris, 1962), since neither the associativity, nor the commutativity nor the existence of a neutral element is assumed in the set of grades, where corpoid, as a special case of an anneid, is viewed
as a homogeneous part of a graded field. So, the abstract notion of corpoid led Krasner to a development of general graded structures (Anneaux gradués géneraux, 1980)

Application of fractional calculus in solving some deterministic and stochastic PDEs

In all cases mentioned, we prove that there exists a unique solution to the problem within a certain Colombeau generalized function space. These results are obtained by using the theory of generalized uniformly continuous semigroups of operators.

11:20 – 12:10 Margarita Zachariou, The Cyprus Institute of Neurology and Genetics, Cyprus

Network models and Network-based Integration for the brain

Abstract: The brain can be studied mathematically at different levels from the molecular and genetic level up to the neural activity and behaviour. Here, I will present two different approaches with which we study the brain using network models and network-based data integration. In the first part of the talk, I will present the development and validation of generative network models of gamma oscillations in the visual cortex utilising empirical constraints from measurements at multiple spatial scales and discuss how, by using the validated model, we identified a novel route to gamma oscillation instability that may underlie the gamma power decay at high inputs. In the second part of the talk, I will present the development of network-based integration approach for multi-scale and high-throughput biological data to detect disease-related clusters of molecular mechanisms and identify new or repurposed drugs for neurodegenerative diseases.

Abstract: An involute of a curve x is a curve y that lies on the tangent surface to x and intersects the tangent lines orthogonally. If the curve y is an involute of x, then x is said to be an evolute of y. We give new characterizations of rectifying curves by their involutes and evolutes.

Work supported by the internal project UTCB-CDI-2021-012 of the Technical University of Civil Engineering Bucharest, Romania.

Abstract: In this talk I will present my take on one line of research in Computability Theory that studies logical properties of degree structures. There are different ways in which we can compare the algorithmic complexity between countable mathematical objects. A set A of natural numbers is Turing reducible to a set B if there is an algorithm to determine membership in A using B as data. A set A is enumeration reducible to B if there is an algorithm to list the members of A using any listing of B as data. Each reducibility gives rise to a degree structure: a partial order in which we identify sets that have equal algorithmic complexity. The Turing degrees and the enumeration degrees are closely related: the Turing degrees have an isomorphic copy inside the enumeration degrees, which we call the total degrees. We study these structures from three interrelated aspects: how complicated is the set of true algebraic statements in each partial order; what relations have structurally definable presentations; what does the automorphism group for each partial order look like.